Jesus Christ announced the necessity of a SECOND BIRTH when He declared, “Ye MUST be born again,”  for “Except a man be born again, he cannot see the kingdom of God,” John 3:3-7, and Revelation 20:14 asserts that all who die without having been born again will die a SECOND DEATH, i.e., enter the lake of fire to endure eternal torment.

The good that saves is to believe on Christ as Savior, “This is the work of God, that ye believe on Him” John 6:29; and the evil that condemns eternally is to die in unbelief.

To be born again, believe (1) that you’re unfit for heaven, (2) that when Christ died, it was in your place, for your sins.  The second birth guarantees that there will be no second death. Believers will rise at the RESURRECTION OF LIFE to enter heaven, but unbelievers will rise at the RESURRECTION OF DAMNATION to die the second death, i.e., enter the lake of fire to endure eternal torment.

D.L. Moody, the famous evangelist, had a way of saying things with a bluntness that couldn't be misunderstood.  Once he said, "A man must believe he is lost before he can be saved.  One reason why many are not saved is because they do not believe they are lost.  They fold their self-righteousness about them, instead of acknowledging that they are sinners."

Many popular religions today don't teach that men are lost (that's why they're popular).  They tell men that they need Jesus Christ, not as a Savior, but as One through Whom they can have a better relationship with God; not to save them from hell, but to enable them to realize their potential, to be successful, to have better family relationships, to enjoy better health, etc., - the list is endless. But the one essential is missing.  Men need Jesus Christ, not to improve their earthly, but their eternal state; to fit them for heaven and save them from hell.  (Hell is another word that has disappeared from the vocabulary of today's popular preacher, but it is Christ Who declares the existence of hell, and Who warns men to save themselves from going there, see, e.g., Matthew 5:27-30, and Matthew 18:8-11, "...it is better for thee to enter into (eternal) life... maimed, rather than having two hands or two feet to be cast into everlasting fire ... better ... to enter into (eternal) life with one eye ... than having two eyes to be cast into hell fire.... The Son of man is come to save those who are lost."

"Sin" is another word avoided by the popular preachers.  They prefer to speak of "affairs" or "mistakes," or "anti-social acts."  They question whether there really is any such thing as sin; but the Bible declares it to be a tragic fact, having terrible results here on earth, and still more terrible consequences in eternity.  For example, the Bible says, "All have sinned," Romans 3:23; "If we say we have no sin, we deceive ourselves, and the truth is not in us,"  1 John 1:8.

"So what?" someone responds, "Since all have sinned, I'm no worse than anyone else.  But the Bible warns, "The soul that sinneth, it shall die," Ezekiel 18:4, "For the wages of sin is death,"  Romans 6:23.  And it is a mistake to conclude that "death" is simply the decease of the body, for the Bible also warns that the death referred to is something more terrible: the passing of body, soul, and spirit into a place of eternal torment - the lake of fire, see Revelation 20:11-15.  This is what it means to perish in the Biblical sense - not cessation of existence, but eternal existence in a state of torment.

But, "Christ Jesus came into the world to save sinners," 1 Timothy 1:15; "For God so loved the world that He gave His only begotten Son, that whosoever believeth in Him should not perish, but have everlasting life.... He that believeth on Him is not condemned: but he that believeth not is condemned already," John 3:16-18,36.

One day we too must "cross Jordan," - go from time into eternity, but without the password that crossing will be to hell, not heaven.  The password is to be able to say Yes to the question, Have you been born again? for Christ warns, "Ye must be born again," for "Except a man be born again, he cannot see the kingdom of God," John 3:7,3.

To be born again admit that you're a sinner without any righteousness, believe that Christ died in your place for your sins, and that in response to that faith God will pardon you, and receive you into heaven, John 3:16.

"Have you been born again?" is a question that evokes the laughter of many today.  There will be no laughter at that instant when it is discovered that the eternal fate of the soul depends on being able to answer YES.
by Jim Melough
Posted by Steve at 7:06 AM No comments: 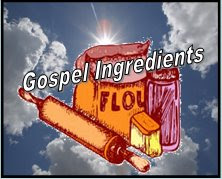 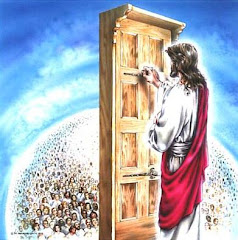 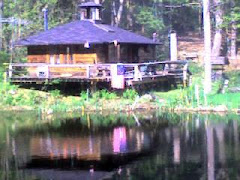 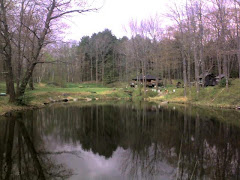 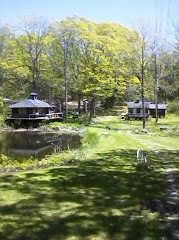